Some motorists will modify their cars illegally to improve performance, to change the appearance of the vehicle, or for any number of other reasons. However, if the driver doesn't know what they're doing, they might make modifications that can cause the vehicle to become substantially more dangerous. Under these circumstances, the motorist might end up in an accident with you. The fact that they modified their car might be a justification to hold the other driver responsible for the accident.

The Consequences of Illegal Car Modifications

One of the reasons why car modifications are a bad idea is that cars are held to very high safety standards. For example, mirrors on a vehicle are meant to give the driver the largest possible field of vision around the car. However, some car owners will modify their vehicles so they can improve their appearance. This decision can lead to the motorist having a car that they cannot operate safely.

Negligence and Your Car Accident Case

To be able to hold a motorist responsible for an accident, you will need to prove that they were negligent. The insurance provider of the other motorist will try to downplay the culpability of the other driver and might even claim that you are at fault. Then, your settlement might be reduced through the concept of "comparative negligence."

What to Do After Your Accident

After the accident, immediately contact the police and inform them about the accident, which is required by law. You should also tell the police officer that the car might have been modified. If the officer is able to prove that this is the case, the driver might be charged with a crime.

If not, write down everything you remember from the accident. For example, if you felt that something was off with the vehicle, write down your observations and show them to your attorney. Then, the attorney may be able to file a motion to have the evidence preserved so it can be used in settlement negotiations or can be presented in court if you decide to file a lawsuit.

For more information, contact a car accident lawyer in your area. 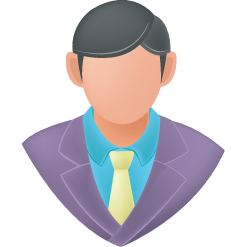